Here is Film Fervour’s top 10 films of 2012 released theatrically or to DVD in Australia. I’d like to honourably mention Woody Allen’s To Rome With Love, Whit Stillman’s Damsels In Distress, Sam Mendes’ Skyfall, Steve McQueen’s Shame and David Cronenberg’s A Dangerous Method as they could all be moved into and off this list at a whim.

Look forward to the 2013 theatrical releases (hopefully) of many festival films I had the pleasure of previewing: Like Someone In Love, Modest Reception, A Simple Life and Alps, to name a few.

The year’s worst film was a tie between Ted and Les Misérables. 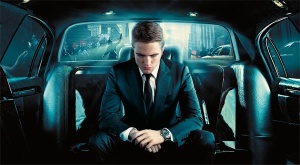 Cosmopolis, which I write about here, is a culmination of a life of work examining human desire and its destructive/reproductive relationship with technology. This sterile, bleak and darkly funny film odyssey is like a sequel to Crash, showing us that we are so bonded to this greater, unseen machine, that all stimulation is mechanism, all feeling is programmed, all experience fabricated. From Stereo to Cosmopolis, Cronenberg has succeeded in paving an existential passage through cinema that can be mapped like no other auteur’s.

Hail, which I review here, revisits a class of Australian citizen with whom we have sympathised through legend, comic archetype and sorrowful moral tale. With a collage narrative, Courtin-Wilson delivers a radical portrait of human struggle with non-actors, and an artful rendering of sadness, love and rage, paying homage to some of film’s great humanist artists and experimental pioneers. There is nothing like it. 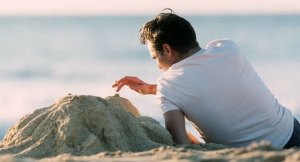 The Master, which I have written about here, is a film that explores several dualities of human conflict through a character that lives all and none of it simultaneously. It considers the confines of a class-conscious society and uses class as a means by which we attribute self-worth. Dodd and his team going down in an elevator, all heads inclined toward the upmarket New York apartment from which they were excused is an excellent metaphor of prescribed understanding and social confinement. Where Clarice Starling – who shared a similar frame in an elevator with recruits that towered over her in The Silence Of The Lambs – wishes to ascend the ranks as a woman in a man’s vocation, Dodd (Hoffman) wishes to set the social agenda by reworking history. Freddie Quell (Phoenix), on the other hand, aspires to nothing, and is free to do anything. The possibilities for viewers are endless. 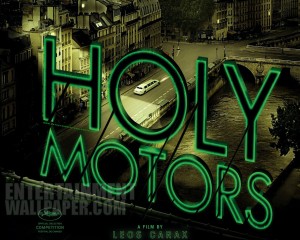 Monsieur Oscar, a performer, laments the dwindling appreciation for the individual artist in a digital age. Through a series of startling vignettes, director Leos Carax and long-time collaborator Denis Lavant have unlocked a new dimension in cinematic art that shows us precisely what magic can be still be woven in a medium largely stuck in a kind of creative drought. This is a film lover’s golden ticket.

With what is possibly the great female performance of the 21st century, The Deep Blue Sea captures a sorely romantic and sensuous love affair between the wife of a Royal court judge and a dashing Royal Air Force pilot. Centred on just one day and night, Hester (Rachel Weisz) and Freddie (Tom Hiddleston), bearing unspeakable symptoms of post-war depression, are caught between their own destructive natures and carrying on their immoral situation. With a stirring wartime soundtrack provided by drunks in pubs and passengers in train stations, the film is a beautiful portrait of British disillusionment, female desire, and the heart’s betrayal in its reworking of memory and how it shapes our experience of love. The best final scene of any film in 2012, and the best love scene.

Delayed in Australian cinemas for a number of years, we finally received the magnificent Margaret in 2012. When Lisa (Anna Paquin), is involved in a fatal bus accident, her own guilt leads her to alienate all those around her in a knee-jerk effort to correct the damage she feels responsible for. Highly intelligent and self-aware, Lisa finds little solace human exchange as she makes efforts to experience adolescence while suppressing/rebelling against her own maturity. Though her suffering is contending the greater sorrows of New York City, she and her mother are ultimately delivered by the redemptive influence of art. It is larger than life.

Set largely over one night in an investment bank in the early stages of the GFC, Margin Call‘s drama is written on its characters’ faces, and lies between their discourse like a gaping, incalculable void. When two young employees learn that a miscalculation could destroy their firm, the board is summoned together to discuss a strategy that will keep them afloat, no matter what the cost to its investors or the public.  J.C. Chandor’s understated bureaucratic process, carried out by a group of despicably wealthy men, never plays up its sense of urgency, or emergency. It is as still as the warm New York night, completely removed from the bustle and noise of the city and yet tempered with an overwhelming sense of impending doom. Paul Bettany and Simon Baker are excellent.

Elena is a dutiful wife to a wealthy, ageing Vladimir. She prepares his meals, cleans for him, and is a warm and abiding companion. Both she and Vladimir have children from previous marriages. Elena’s son, Sergei, has a family of his own that Elena supports with her pension payments. Vladimir has a daughter with a history of sex and drug addiction who wants nothing to do with him. As a film with little more than a single tremor in the plot, this superbly Russian moral drama opens up to unknown dangers, treating them with refreshing frankness and some inexpressible cosmic influence. In what is the best written scene of 2012, Vladimir’s daughter visits him in hospital and a casual, and tremendously abundant exchange occurs between them.

Magic Mike suffers nothing but a sketchy/conservative understanding of it being a film about male strippers. Which it is. Soderbergh’s metallic-gold Floridian-American dream follows Mike, a stripper, who aspires to start his own custom-design furniture business. He takes the young Adam (Alex Pettyfer) under his wing, getting him work as part of Dallas’ (Matthew McConaughey) stage ensemble, while working hard at several jobs to get the deposit ready for his business loan. Adam takes to stripping, and the party life, like a fish to water and despite the apprehensions of his protective, hard-working sister (Cody Horn), the boys party very hard. Soderbergh has made a new instrument of Tatum, while capturing a very natural, fumbling romance in a beautifully false paradise. The hottest film of the year. 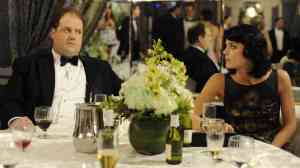 This film is Todd Solondz’ most satirical, cartoonish assault on Western civilisation since he began his career in 1984.       Abe (Jordan Gelber) and Miranda (Selma Blair) meet at a wedding and start dating. Miranda is severely depressed and concedes to the over-eager Abe, the “dark horse” of his family and also the most despicable bi-product of the capitalist experiment that could be conjured on-screen. Abe is incapable of anything, and desires everything. His deluded self-image manifests in a splendid cinematic cyclone as the cold facts of his pointless existence slowly start to dawn on him. It is Solondz’ most anxious and hilariously unsympathetic film and hits like a brick to the face.

Herzog’s 1967 short film Last Words is the story of a man’s forcible insurrection from a leper colony on the small Island of Spinalonga to mainland Crete. The film contains an all-Greek cast, of what appear to be non-actors, recalling their interaction with this stranger whose legend is instantaneous with his arrival. Herzog moves from Greek mythology (as Herakles suggested) to a modern kind of Greek folklore, with a picturesque seaside Crete and a soundtrack of opulent native music (performed by the stranger and another local man) that give the film a rich lyrical quality.

The strange man, who we are told does not speak, tells us himself, in repetition “I do not speak” and the locals who speak of him also tell his story by repeating their lines over and over again. The repetition of words make the characters seem like they are both performing and rehearsing simultaneously. Like take after take being recorded and played back in succession.

The film experiments with time in a manner that history appears presently, though it is referred to as the past. The camera lens creates a mirror that bounces the characters reflections back onto them to interact with, though they are confined to repeat their reflections. The only independent, free-moving interface is music.

Last Words is much like what has become known as the Greek “weird wave” in which films like Dogtooth, Alps and Babis Makridis’ L belong – L especially evokes the lyrical and yet displaced storytelling quality of Last Words and has characters repeating themselves over and over. I am also reminded of The Legend Of Kaspar Hauser, which screened at MIFF this year, also shot in black & white on Mediterranean islands and suggesting music as a superior language to words in the substance of human exchange. Herzog’s own The Enigma Of Kaspar Hauser, which he would make 7 years later, comes to mind but in the case of Last Words, Herzog has created his own legend.